Sublime Text 2 Build 2091 is available now, with a raft of new features. Many thanks to everyone who has tested the dev builds during this time.

Build 2091 also introduces support for some of OS X Lion's features. Overlay scroll bars are now in there, albeit without support for over-scroll yet. Lion full screen support has been added too, although old style full screen support is a just setting away. There have also been a couple of key binding changes for OS X, to make full screen (now ^⌘F), find (⌘F now shows the find panel only), and replace (⌥⌘F) match the Lion defaults.

Some of the more general feature highlights:

The above list is just a small sample of what's new or improved in build 2091 - the full change list is on the Sublime Text 2 page.

Just a quick update on OS X Lion: Sublime Text 2 is compatible with Lion - as far as I'm aware everything is working as it should. Sublime Text 2 doesn't yet take advantage of the new functionality in Lion, however I'm working on changing this for the next build, which will be out within two weeks. First up will be support for overlay scroll bars and Lion style full screen. Integration with Versions, Auto Save and Resume should come eventually, but won't be ready for the next build. 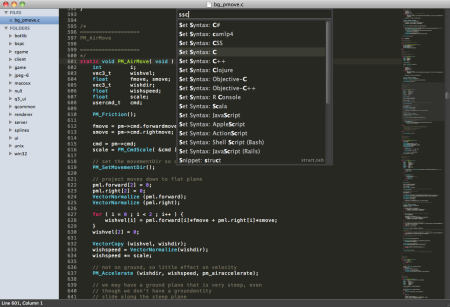 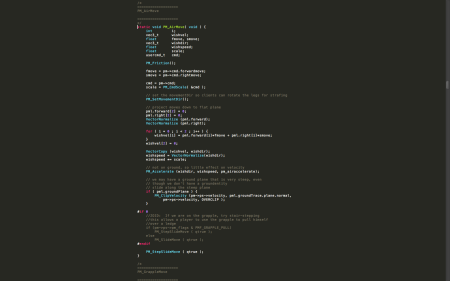